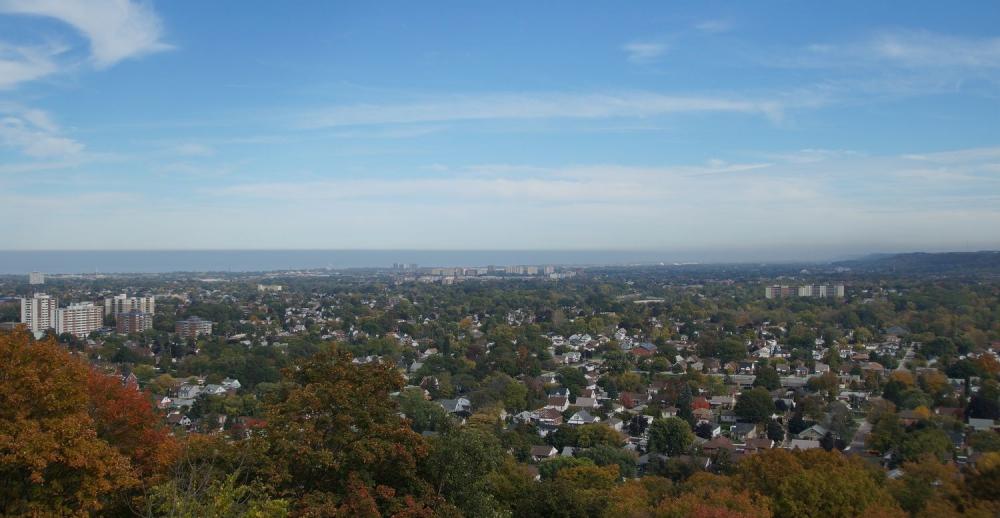 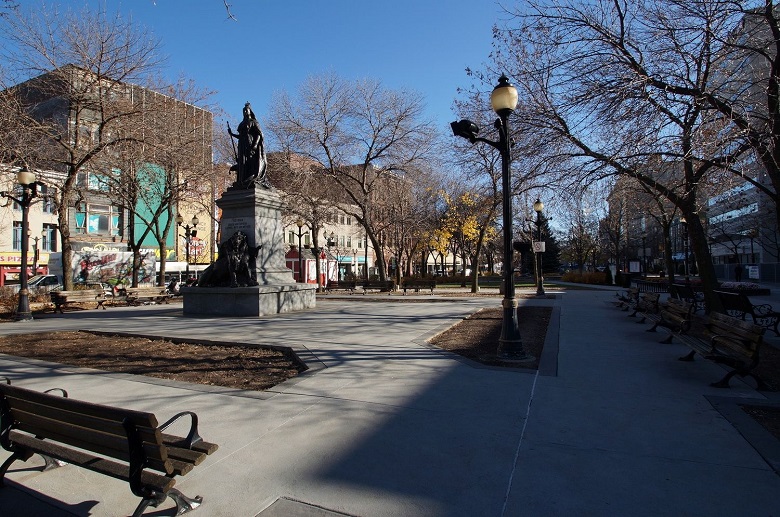 Hamilton has a population 721,053 and is located in the Province of Ontario. Conceived by George Hamilton when he purchased the Durand farm shortly after the War of 1812. Hamilton has become the centre of a densely populated and industrialized region at the west end of Lake Ontario, also known as the Golden Horseshoe. On January 1, 2001, the new City of Hamilton was formed through the amalgamation of the former city and the other constituent lower-tier municipalities of the Regional Municipality of Hamilton-Wentworth with the upper-tier regional government. Residents of the old city are known as Hamiltonians. Since 1981, the metropolitan area has been listed as the ninth largest in Canada and the third largest in Ontario.  Also Hamilton is one of the top ten cities that immigrants decide to reside in.

Hamilton is less than an hour away from Toronto, Niagara Falls, Kitchener - Waterloo, Guelph, and London Ontario, and less than 30 minutes from St. Catharines, Oakville, Burlington and Brantford.

Hamilton is home to the Webster's Fall, Royal Botanical Gardens, the Canadian Warplane Heritage Museum, the Bruce Trail, McMaster University and Mohawk College. The Canadian Football Hall of Fame can be found downtown right beside Hamilton City Hall and across town to the east, the Canadian Football League's Hamilton Tiger-Cats will begin playing at the new Tim Hortons Field in 2014, which is being built as part of the 2015 Pan American Games.

Partly because of its diverse environment, numerous TV and film productions have been filmed in Hamilton, regulated by the Hamilton Film and Television Office. A growing arts and culture sector garnered media attention in a 2006 Globe and Mail news article, entitled "Go West, Young Artist," which focused on the growing art scene in Hamilton. The article highlighted local art galleries, recording studios and independent film production.

Hamilton Ontario, has all these amazing features but at the same time it has the feeling of being right at home.  Where you can find peace and quiet when needed or a night out in town.  Hamilton is the right place for anyone to buy a home.

WHAT TO DO IN HAMILTON...

Rich in culture and history and surrounded by spectacular nature, Hamilton offers an abundance of activities and destinations. From its vibrant arts scene, to its rich heritage and history, to its incredible natural beauty, it’s happening here.

Doesn't matter where you live in Hamilton Ontario, there will always be something for you to do.  to Limeridge Mall which is Ontario's 7th most profitable mall features; all the stores you could possible image about. Hamilton also has two other amazing malls, Eastgate Square and Jackson Square. After shopping, there are many restaurants minutes away from each Mall, some you might find in the mall as well.  You won't believe the variety you will see as Hamilton is very multicultural and has restaurants that can fulfill all your needs.

There are many parks and walking trails located in each part of Hamilton. Most of the neighbourhoods' have a large park with a splash pad.  Bruce Trails and Princess Points are two of the famous ones.  You can dip your feet into the Lake either at Bay Front Park or Confederation Park.

Need to see some natural beauty, well Hamilton has many.  Webster's Fall has an breath taking view which the whole family can enjoy.  Many events and picnics are held there.  Have a view of the beautiful City and its surroundings by going to the Escarpment.  You will just want to sit there and relax and enjoy the most beautiful scenery.

Need a night out to have fun, well there is plenty of fun here.  We have many Cineplex cinemas within all regions on Hamilton.  Movies not your thing, you can go watch a Ti-Cats game at Copps Collisum or view the Football Hall Of Fame.  Still not tired... Well Hess Village is the place to be.  Most happening night club lays in that Village.  Always a full party there.

Doesn't matter what age you are, Hamilton will have something to entertain you or your family.

WHY LIVE IN HAMILTON...

Hamilton is located in the centre of the most densely populated corridor of economic activity in Canada (Hamilton is Canada’s 9th largest regional economy in Canada with a GDP per capita of approximately $48,000 (2006, CAD) and is the 5th largest “Mega-Region” in North America (Martin Prosperity Group, Hamilton Benchmarking). Within an 30 minute commute, Hamilton has easy access to a highly skilled, well educated and productive labour force of over 1 million people.

Hamilton has a home for everyone needs and desires.  There are homes that range from 75,000 to 2 million dollars in most neighbourhoods of Hamilton.  In 2012 and 2013, Site Selection Magazine out of Atlanta, Georgia and the Calgary-based Real Estate Investment Network (REIN) ranked Hamilton as the best place to the invest in Canada and Ontario respectively. 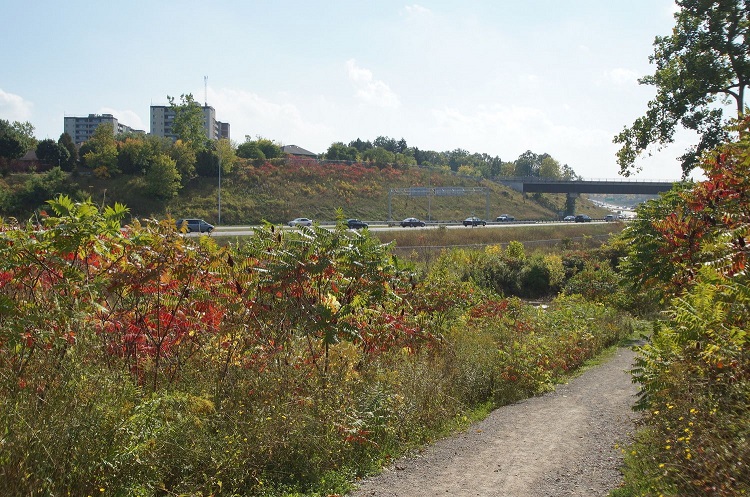 Getting from place to place in Hamilton is convenient.  Hamilton has the Linc Alexander Highway that starts at Ancaster and goes until Upper Stoney Creek.  A few years back they extended the Highway (which is now called the Redhill Expressway) which can either take you towards Niagara Q.E.W. or towards Toronto. For those of do not like to take the highways,  Hamilton has local buses that start early in the morning and run late at night.  They go to all different corner or Hamilton.  Also, centrally located we have the GO STATION.  Two major taxi companies are, Hamilton Cab and Blue Line Taxi, both have a few vehicles that are wheelchair friendly.

For those who are travelling by air, John C. Munro Hamilton International Airport, located in Mount Hope (Glanbrook), less than 20 minutes from downtown Hamilton.

Hamilton has one of the best educational systems starting from preschool to an outstanding university.  Not far from any home there is a elementary school or middle school.  Highschools can be found within walking distance to most neighborhood, if not they have local school buses for those who are out of range.

McMaster University consistently ranks as one of Canada’s top 3 most research-intensive.  McMaster is not just a university it is a Hospital for Children as well.  McMaster University has been in top of the list for many years now, and has students that come from all over the world.  Hamilton Health Sciences employs nearly 10,000 people and is comprised of six unique hospitals and a cancer centres.

Hamilton has become the hotbed for real estate in Ontario. Hamilton offers the same real estae as all major cities around but at the fraction of the price.  A luxury home in Toronto. Mississauga or Oakville will cost over 2 million but in Hamilton a luxury home starts at just $750,000. The average detached home in Toronto is close to $900,000, Hamilton’s average price is just $332,00. Townhouse and condos are also at a fraction of the price to other nearby communities.

We have seen the prices of real estate rise over the past 5 years but it is a long way from market value.  Currently Hamilton is the best place to invest your money for real estate.  We are seeing investors spend their money in Hamilton and a real growth of out of Towner 1st time buyers purchasing homes in Hamilton due to the prices. Your average 3 bedroom home on a 40 by 100 foot lot runs for just $260,000 in Hamilton.

Transportation to Toronto or Niagara Falls is very simple with the RedHill Expressway and Lincoln M. Alexander Parkway.  Both expressway are located throughout the city making local traveling easy as well.  The GO Station is located in the heart of Hamilton downtown for those busy commuters.  The Go Train is located minutes from the west end of Hamilton and conveniently right off the main highway to Toronto, making Hamilton a very viable place to live.

Hamilton has homes in all corners of this city, there is something for everyone’s needs and desires.  Hamilton has boundaries such as, Hamilton West, Hamilton Central, Hamilton East, Hamilton Mountain, Stoney Creek, Dundas, and Ancaster.  It all depends on where YOU would like to live.

This area is best known for Confederation park, Eastgate Square, Wildwater Works, Battlefield park, Devils Punch Bowl, Stoney Creek Dairy Ice Cream, Winona Peach Festival and Upper Stoney Creek features many restaurants and a Silver City Cinema. This area had an average price range of $293,736 in 2011 and so far as of July 2012, $314,626. Now in April 2014 the average price is $351,253.

Having an amazing view overlooking the city from the top of the escarpment, Limeridge Mall, ethnic Restaurants, Juravinski Cancer Centre and Hospital, Hamilton Airport and many recreational centres and lots of parks.  This area had an average price range of $253,849 in 2011 and so far as of July 2012, $265.751. Home to Mohawk College of Applied Arts and Technology, Hillfield Strathallen College Private School, Westmount, Hillpark and Sherwood Public High Schools, St Thomas More, St Jean De Brebeuf Catholic High Schools.

Easy to find condo apartments, especially near the Go Station, some row housing, lots of Victorian and big old double brick homes. This area is known for Hamilton's Farmers Market, Copps Coliseum, Art Gallery of Hamilton, Theatre Aquarius and St. Josephs Hospital that is walking distance from the GO station.  Cathedral Catholic High School and Sir John Macdonald Public High School are located in central Hamilton.  This area had an average price range of $150,783 in 2011 and so far as of July 2012, $162,109. 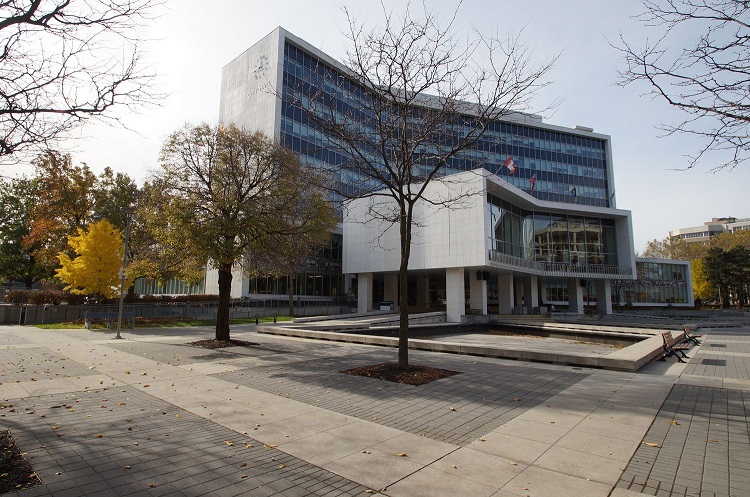 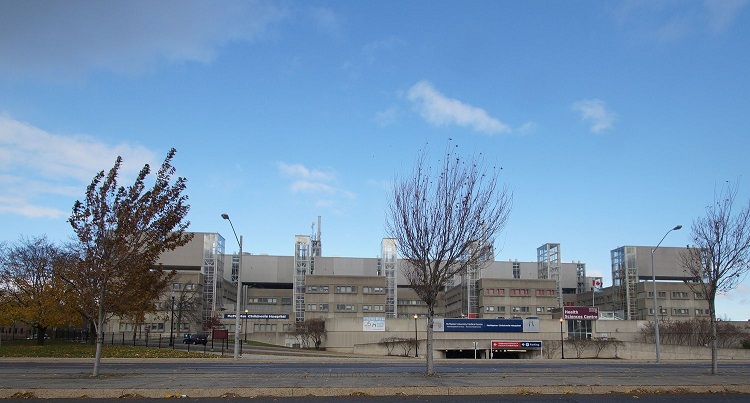 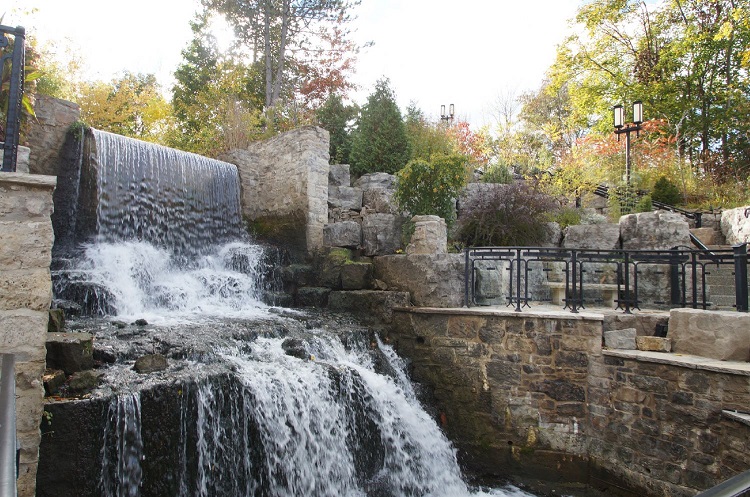 Known for the Rail Trail, gorgeous escarpment views in the fall, local shops on King Street, Cactus Festival, Busker Fest, Dundas Valley Conservation Area, Dundas Valley Golf Club and Cootes Paradise. This area had an average price range of $338,039 in 2011 and so far as of July 2012, $359,627.

This website is operated by a brokerage or salesperson who is a member of The Canadian Real Estate Association.

The listing content on this website is protected by copyright and other laws, and is intended solely for the private, non-commercial use by individuals. Any other reproduction, distribution or use of the content, in whole or in part, is specifically forbidden. The prohibited uses include commercial use, "screen scraping", "database scraping", and any other activity intended to collect, store, reorganize or manipulate data on the pages produced by or displayed on this website.